York Gin has had a Yorkshire Day to remember - with all four gins we entered into the Great Taste Awards winning stars in the prestigious tasting competition.

York Gin London Dry won two stars, described as ‘above and beyond delicious’. Only around 9% of entries were awarded a Great Taste two stars. 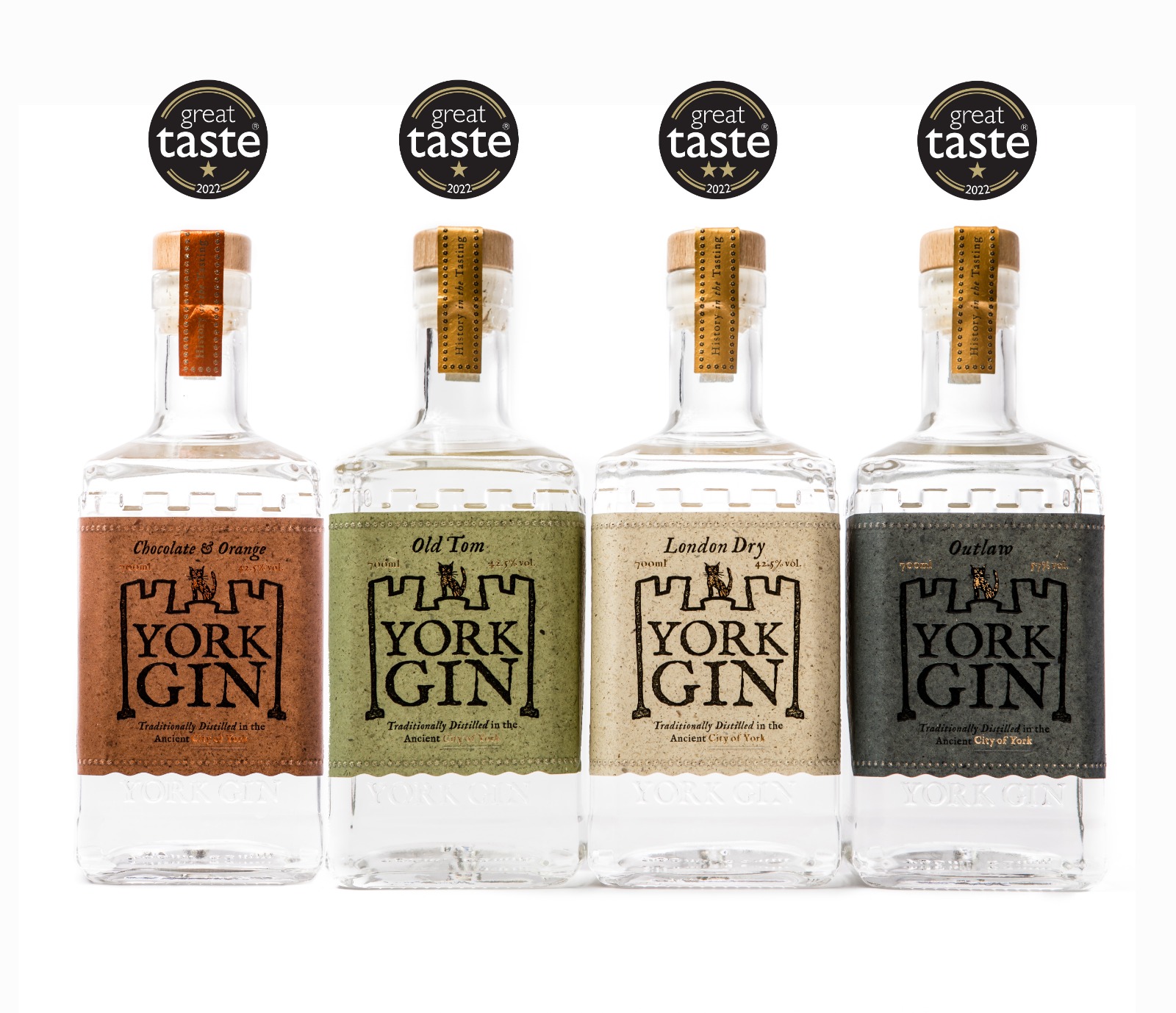 The results announcement on 1 August coincides with Yorkshire Day. Over 14,000 products from 110 countries were entered into the competition.

Master Distiller, Harry Cooke, said: ‘The Great Taste Awards are an instantly recognisable mark of quality. So, to win stars for all four gins we entered is a great compliment.

‘We’re confident that all the gins we make are absolutely top notch. But it’s always good to have this independently verified by professional tasters.

Harry added: ‘As a distiller, descriptions like ‘cleverly made’, ‘skilfully made and ‘a great example’ show I’m doing my job.

‘One of York Gin’s founding principles is to make York proud of us - and we’re delighted to bring home these Great Taste Awards.’

'A stamp of excellence'

Recognised as a stamp of excellence and actively sought out by food lovers and retailers alike, Great Taste, organised by the Guild of Fine Food, values taste above all else. All products in the line-up for judging are blind-tasted: every product is removed from its packaging so it cannot be identified, before entering a robust, layered judging process.

This year, the judging took place over 90 days across two judging locations (Dorset and London) with a panel of more than 500 judges.

Only 39.1% of the total products entered actually received an award.

The judges’ notes included these comments:

London Dry
Lots of complexity on the nose of this skilfully made gin .... Very drinkable ... A very well constructed aroma, really clean and focused with a lovely balance of layers - the citrus, floral, angelica, slight fruity exoticism - made us want to dive in. This had a lovely suite of complex layers of flavour and did speak of everything we would hope for from a London dry gin. … an excellent product.

Old Tom
A great nose, lots of pepper and anise and ultimately a great example of an Old Tom gin.

Outlaw Navy Strength
A big, unapologetic, gin that is unrelenting in both alcohol and approach. Loads of flavour and a long, pleasant finish.

Chocolate & Orange
A cleverly made and exciting concept with a full cocoa flavour.