The first bottles of York Gin London Dry appeared in 2018 after a group of friends (including one of York’s most well-known pub landlords) decided it was time for the city to have its own gin.

Conversations in The Swan, one of York’s most famous and award-winning independent pubs, centred around making a gin that would make the city proud.

From the outset, the founders were clear they didn’t want to create just another gin. They also wanted York Gin to capture some of the city’s incredible 2,000 years of history. Hence the company motto, ‘History in the Tasting’.

The founders were also clear that the company would be as sustainable as possible – having as light an impact on the planet as possible.

Since the launch of the first gin, three founding directors now work full-time for York Gin, so it must a great place to work!

The company employs another nine full-time staff, running the distillery, attending events and taking care of the online side of the business. The company’s shop in the historic centre of York also has a team of part-time staff.

So from the outset, the guiding principles of the York Gin Company have always been to:

In the intervening three years we have: 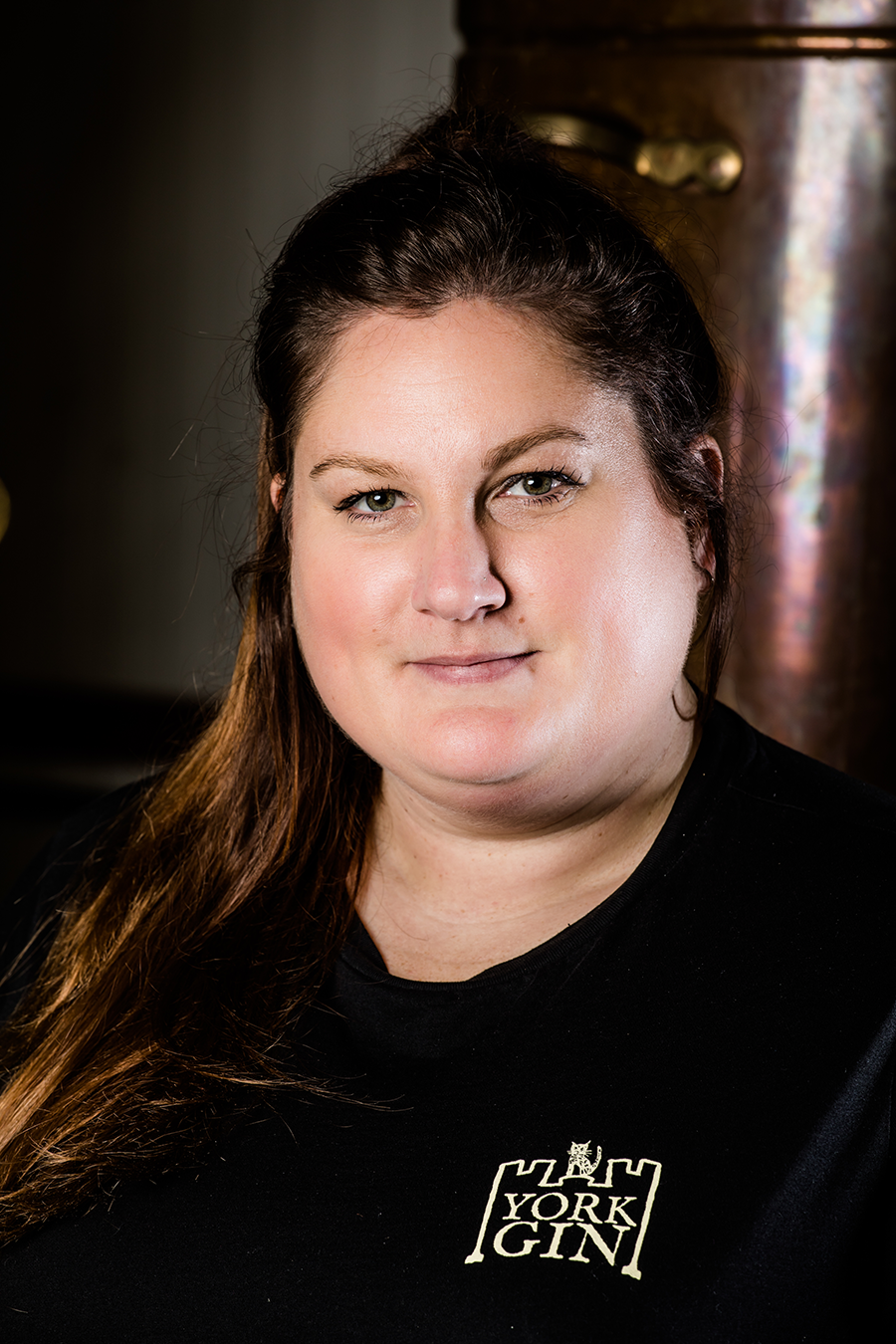 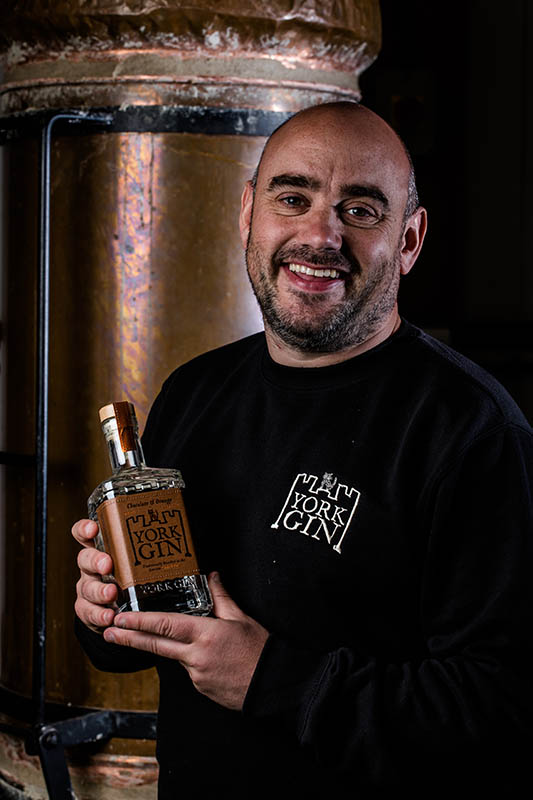 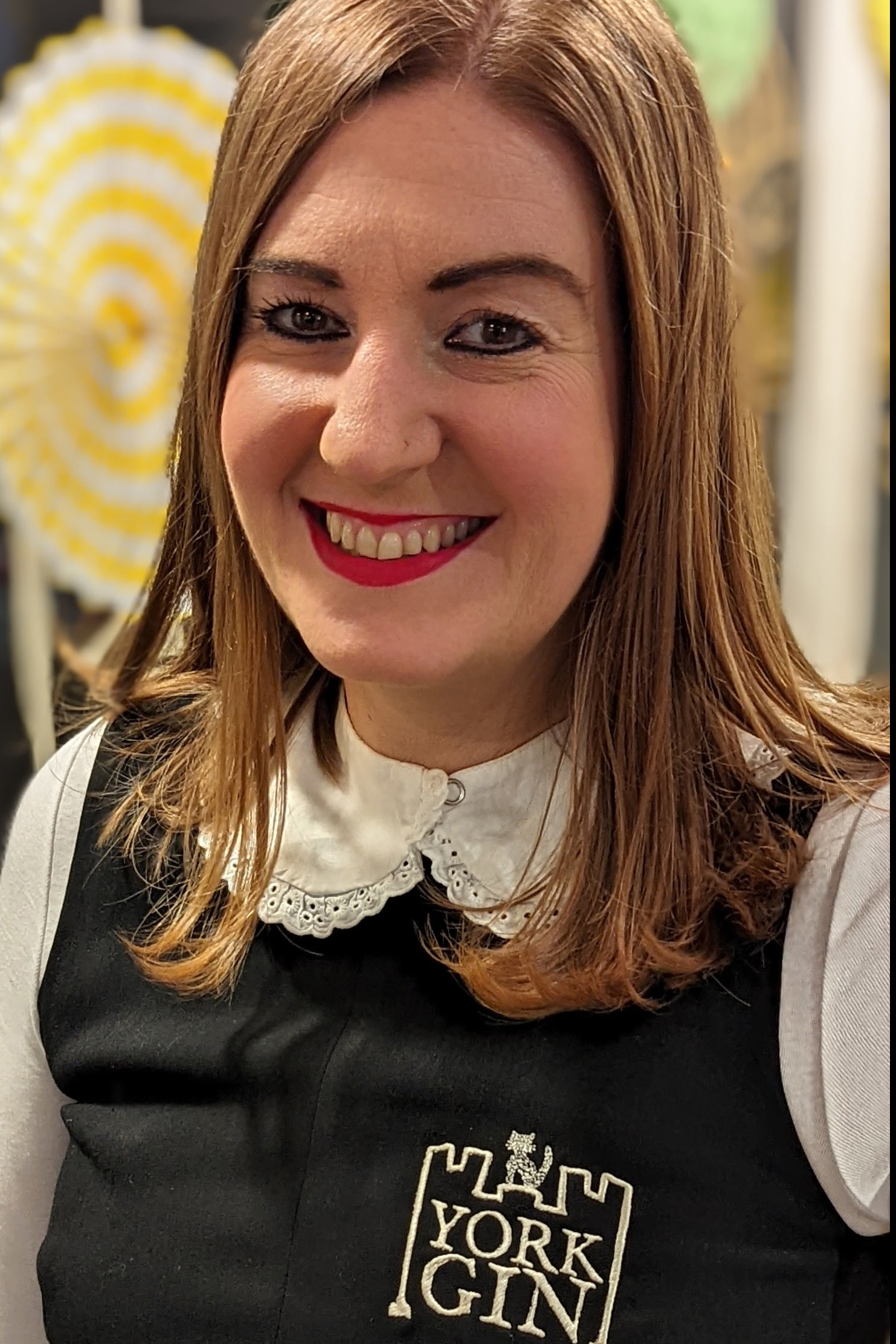 Emma is one of the founder directors. Emma designed The York Gin brand and logo and retains responsibility for marketing and experience, with a focus on sustainability. 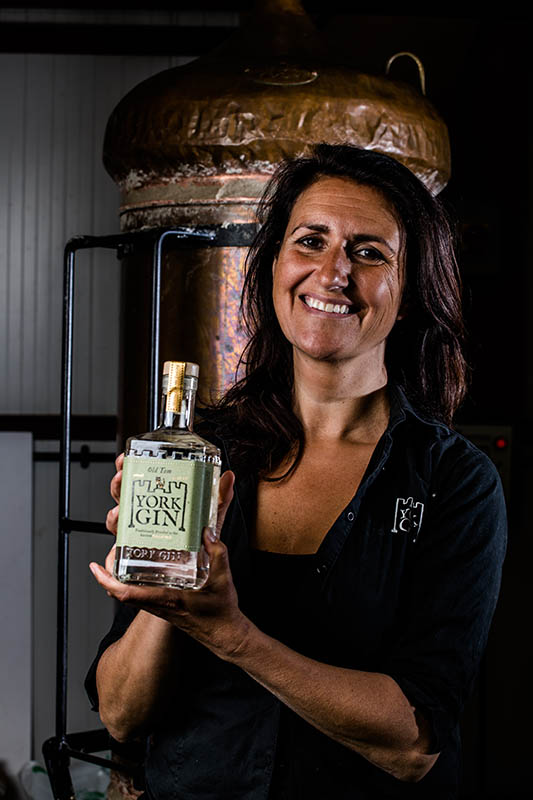 Harry is one of the founder directors. Harry is responsible for spirit development, overall operations and ensures York Gin continues to develop in environmentally sound ways. 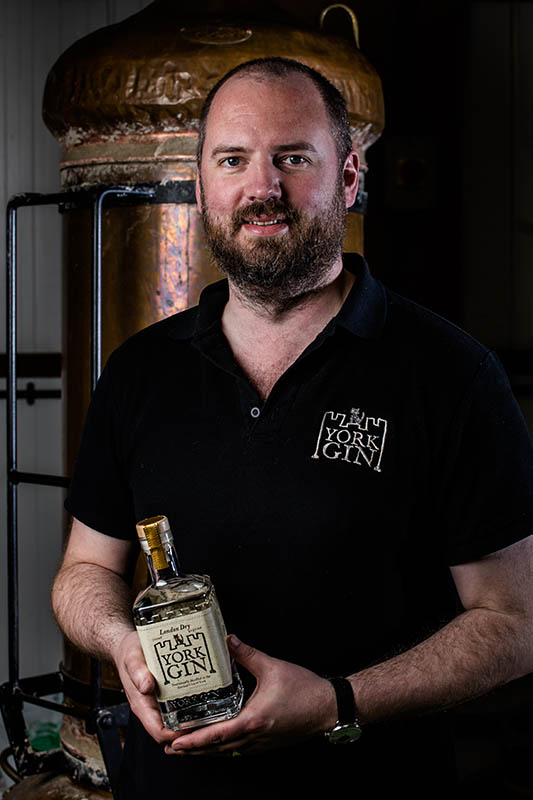 Paul is one of the founder directors. Paul is also the co-chair for Campaign for Pubs which is the voice for independent pubs. As an executive director of York Gin he focuses on our people policies. 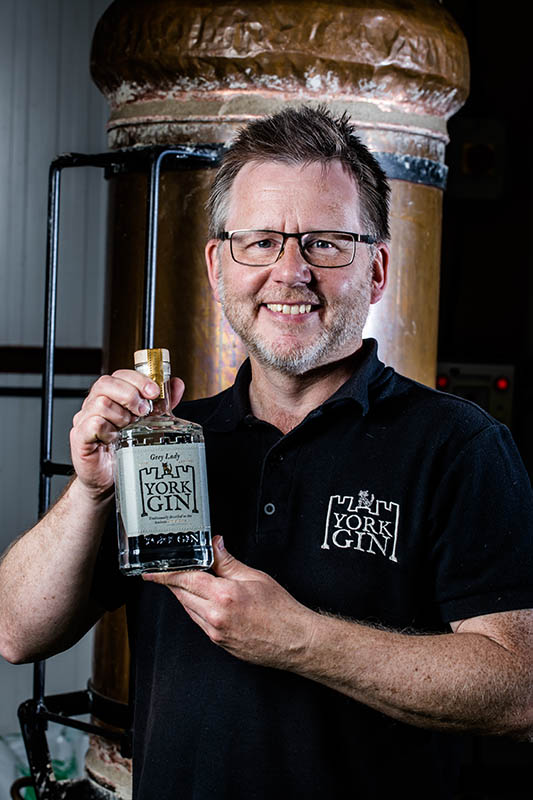 Pete is one of the founder directors. As York Gin grows, Pete is responsible for special and strategic projects at York Gin. 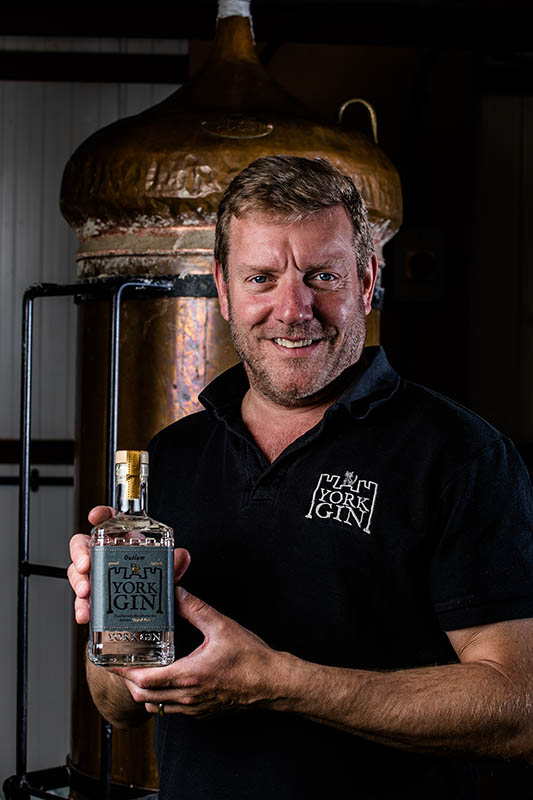 
York is famous for its ancient walls (reaching back to the Romans), its castle (the 13th Century Clifford’s Tower) and its ‘bars’ (the four gates into and out of the city). The castle and walls are symbols of York’s incredible history – a history that amazingly remains intact. The cat is one of York’s symbols - visitors can follow a ‘Cat Trail’ of statues attached to many city centre buildings. And the cat is synonymous with gin – surviving gin bottles from the 19th Century have drawings of cats on them. And a type of gin is called Old Tom.
So the logo is a homage to both York’s and gin’s history.
The York Gin cat is inspired by a cat that appeared in a 17th century woodcut of the Bottesford Witches, with their familiar, a cat named 'Rutterkin' meaning 'a swaggering gallant'. Little Rutterkin sits proudly on the city walls on every York Gin bottle.
Meanwhile, the distinctive font we use on our bottles is a revival of 17th Century ‘Fell Fonts’ - widely used in print at the time of the 18th Century ‘Gin Craze’. 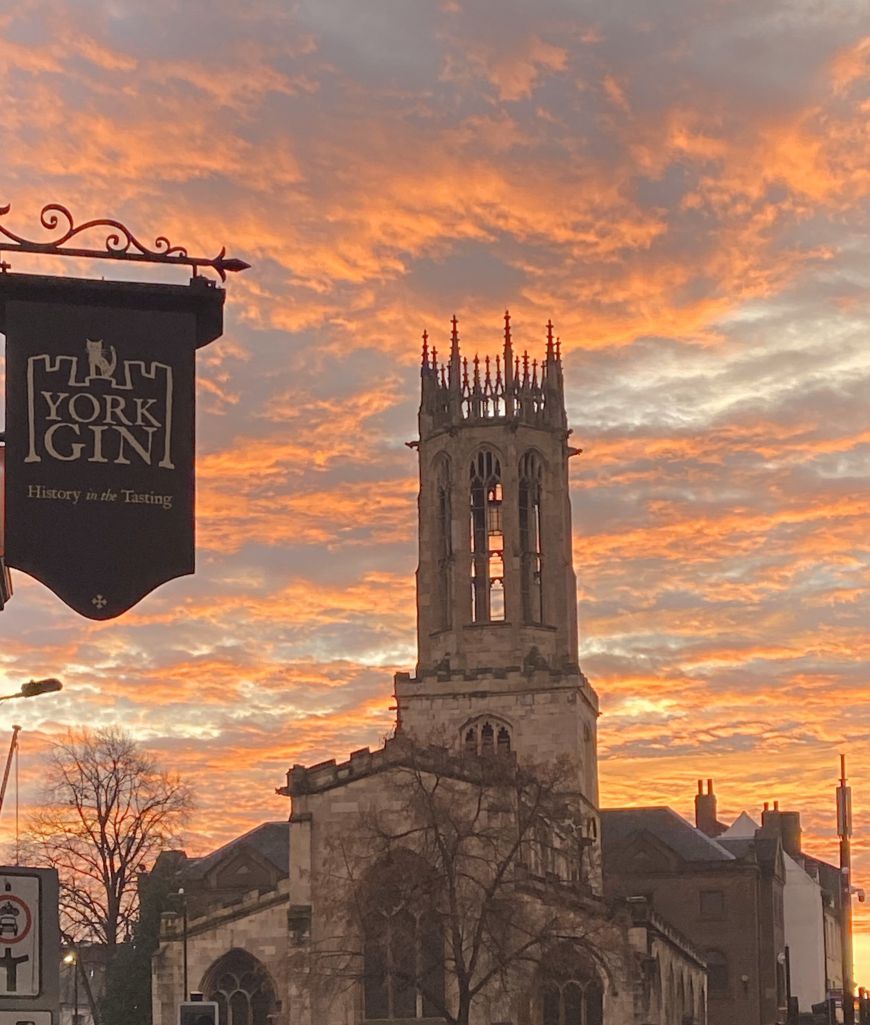 History in the Tasting

York was almost certainly home to many illegal distilleries over the centuries. So-called Bathtub Gin will have been made in the city - as it was in many other cities – in private, unlicensed houses since the 18th century. York Gin’s claim is therefore to be the city’s first legal distillery. It is also York’s only distillery today. The inspiration for our gins comes from York’s two millennia and gin’s three centuries of history. Thus our motto, ‘History in the Tasting’.

Some of our inspiration comes from: 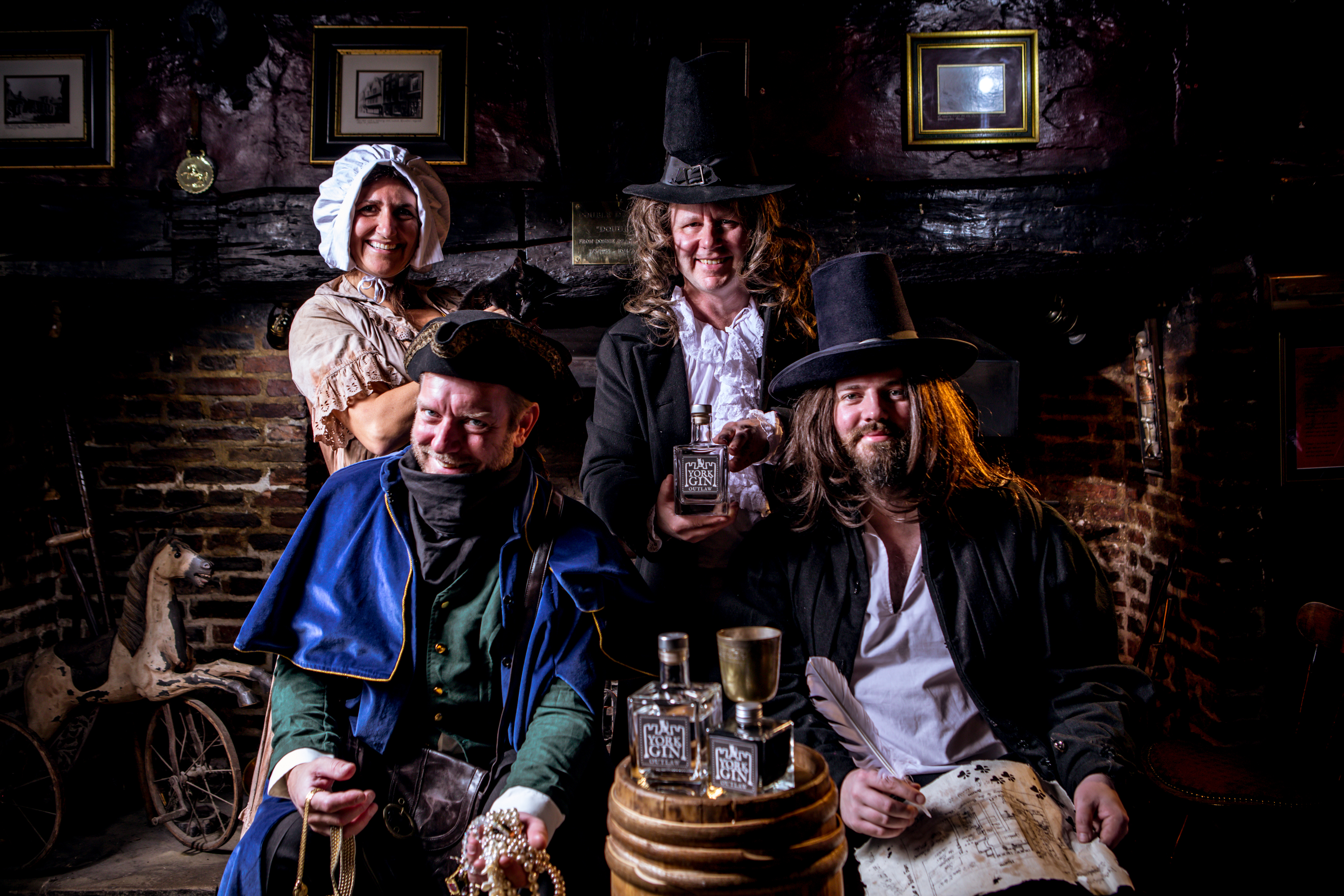 We love the fact that so much of York’s history survives to the present day. Our brand had to reflect this history. Our motto ‘History in the Tasting’ guides everything we do – right down to the traditional centuries-old vapour-infusion method of distilling.
We’ve even given our Roman Fruit gin its own Latin motto: ‘Veni, Vidi, Bibi’ – ‘I came, I saw, I drank’. We double-checked our Latin with the country’s most famous Roman scholar, Professor Dame Mary Beard of Cambridge University. Incidentally, the professor loves a York Gin Roman Fruit Negroni. 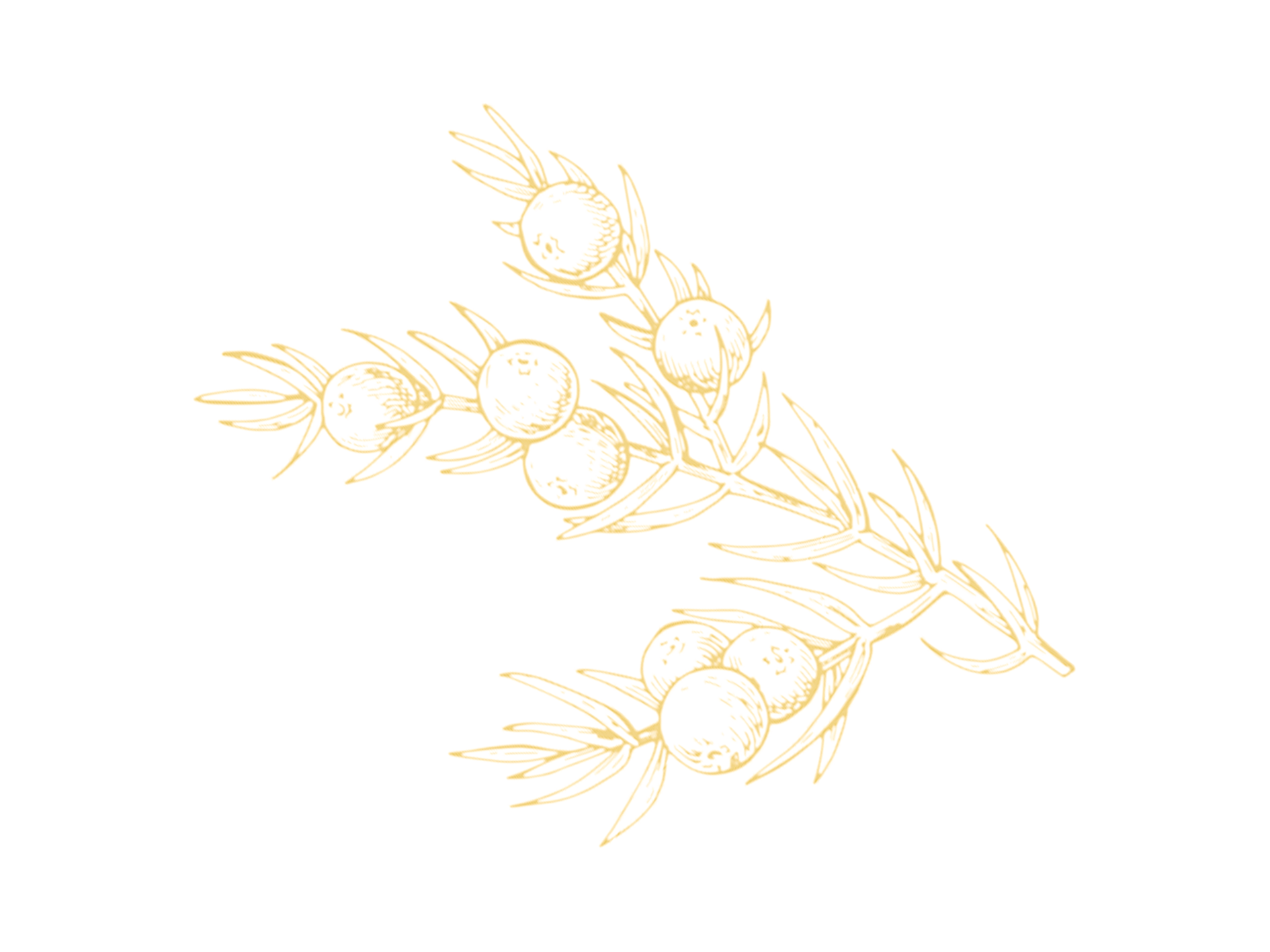