We've collaborated with the National Railway Museum to make a premium gin for the Flying Scotsman in time for its centenary in 2023.

The gin's strength is 39.3% - mirroring the 393-mile journey from London to Edinburgh.

Its botanicals (the ingredients flavouring the gin) are inspired by the Scotsman's route. They include Scottish heather, Yorkshire lavender (it stopped in York for lunch!) and black pepper (London was the end of the Spice Route). 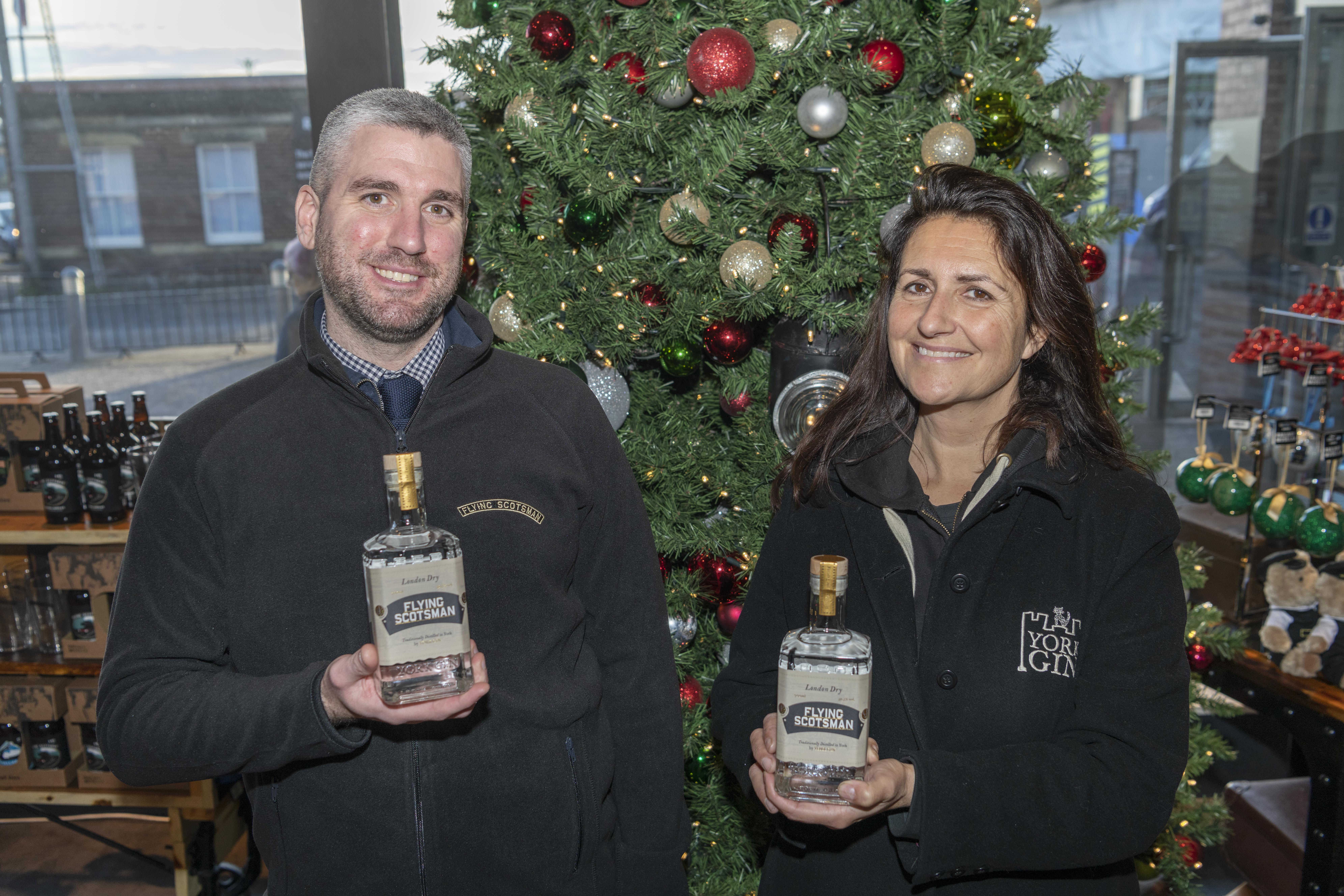 Below is the press release the museum sent out to newsrooms:

"Flying Scotsman, the world’s most famous steam locomotive, is celebrating its 100th birthday in style with its own gin - made in the city where it used to stop for lunch.

"The National Railway Museum in York has collaborated with York Gin to create a special edition London Dry gin, a first for the museum.

"Scottish heather, Yorkshire lavender and a kick of black pepper (imported into London’s docks) give it a distinctive flavour profile inspired by the loco’s famous daily 10am route from London King’s Cross to Edinburgh Waverley via York.

"The Scotsman route was also the inspiration behind the gin’s 39.3% alcohol content, mirroring the 393-mile journey between the two railway hubs. The result is a classic, complex and beautifully balanced London Dry gin.

"Tom Mackie, Group Retail Operations Manager at the Science Museum Group, said: “We’re really excited to launch Flying Scotsman’s very own gin and it’s great to work with such a wonderful local company like York Gin to produce it. Flying Scotsman is preparing to celebrate a big birthday in 2023, and what better way to help kickstart the festivities than by raising a glass to such a railway icon.”

"Emma Godivala, co-founder of York Gin, said: “This Flying Scotsman gin takes you on a journey through the countryside of Lowland Scotland, the Vale of York, and finally arriving in London, the end point of the spice route. The heather, lavender and black pepper are all in the flavour profile making this a really unique, fascinating and frankly delicious gin. This gin fits our ‘History in the Tasting’ motto perfectly, and we loved making it!”

"York Gin make some of the world’s best gins in their sustainable distillery powered by 100% renewable electricity. The bottle, labels and packaging are all plastic free and made in Yorkshire.

"The gin is exclusively available in the National Railway Museum shop. The museum is the home of Flying Scotsman and the locomotive will be on display alongside a revamped ‘Flying Scotsman Story’ exhibition from 1-16 April 2023.

"To celebrate its centenary, a programme of events featuring the locomotive on the tracks, visits to heritage railways and lots of other Flying Scotsman events has been planned. You can find out more by visiting www.railwaymuseum.org.uk/flying-scotsman"

Find out more about York Gin

York Gin is an ethical and sustainable gin maker. Here's how we live those values

We make a range of premium gins - and have won multiple gold medals at the world's top spirits competitions. Take a look at the York Gin range